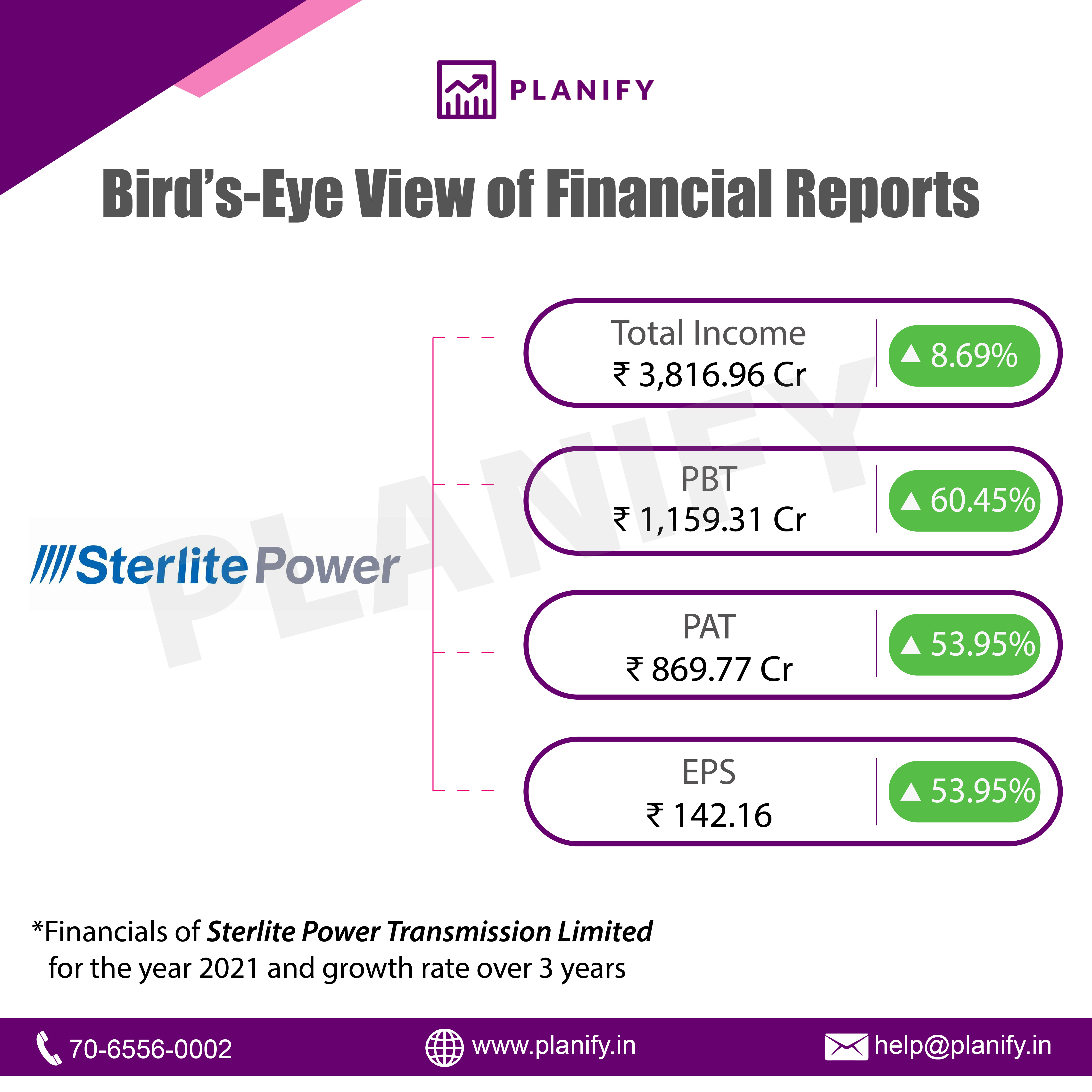 Power Sector is divided into 3 Segments namely Generation, Transmission & Distribution. Generation as the name suggests is related to generating power through different renewable sources like Hydrogen, Solar, Wind etc. Transmission is the bulk movement of electrical energy from a generating site such as a power plant to an electric substation. Distribution involves the process of making power available to the users from the electric substations.

Company’s total income is of around Rs. 3800 Crores. Average Revenue growth rate of the company has been 7.19%. Assets like Plant & Machinery owned by the company are valued at Rs. 214.48 Cr., Building valued at 39.37 Cr., Transmission lines valued at 17 Cr, Data Processing Equipment at 11 Cr. Company generates its revenue most from sale of conductors & power cables followed by engineering, procurement & construction contracts.

Company has pushed itself from negative towards positive in Profit After Tax (PAT) in the last 2 yrs with an average growth % of last 3 yrs standing at 53.97%.

Sterlite Power Transmission hold has been that impressive. Its Debt has been paid by selling off assets & with the help of revenue generated from other companies within the same group.

Sterlite paid a dividend of Rs. 5.30. It’s a sign that the company values its shareholders.

Bank of Votorantim invested in Sterlite Power Transmission as a debt to the company. Twin Stars overseas Ltd. holds a majority stake in the company with a share of 71%.

Sterlite had filed a DRHP under which it plans to issue fresh shares of Rs. 1250 Cr. each  with a face value of Rs. 2 each. Company might consider Rs. 220 Cr. in Pre-IPO Placement. It has reserved 75% for Qualified Institutional Buyers (QIBs), 15% for Non Institutional Investors (NII) & remaining 10% for Retail Investors. The Price Band is expected to be in the range of Rs. 950-1000.

SGL4 had applied for merger with Sterlite Power in March 2021. Sterlite has invested its money in other companies as well like it had participated in a Disinvestment process where it had diluted 60% stakes of Sterlite Investment & Managers Ltd. It's now planning to issue & lock 20% equity share capital worth 12 Lakh 49 thousand of those 60% diluted stake to Electron IM Private Ltd. Company later sold out the retained 40% shares worth 24 Lakh which was showed in their books of accounts.

1. Entry Barriers which discourages companies from entering the sector resulting in low competition

Get Weekly Newsletter on Pre IPO, Private Equity and Offers in your inbox for FREE!