The introduction of the made-for-India consumer packaged goods brand "Independence" in Gujarat was announced on Thursday by Reliance Consumer Products, the FMCG division of Reliance Retail. At the company's 45th annual general meeting in August, RIL Chairman Mukesh Ambani announced the company's foray into the fast-moving consumer goods (FMCG) industry, where it will face off against companies like Unilever and ITC.

The company will market a variety of goods, including staples, processed foods, and other necessities for daily life, according to a statement. In order to achieve excellence in execution for its FMCG company, it intends to build Gujarat as a "go-to-market" state and would shortly roll out the brand nationally. The business intends to expand the launch in the upcoming months to include FMCG shops in Gujarat.

A subsidiary of Reliance Industries Ltd., Reliance Retail Ventures Limited serves as the holding company for all retail companies in the RIL group. For the fiscal year that ended March 31, 2022, it reported a consolidated revenue of Rs. 1.99 lakh crore and a net profit of Rs. 7,055 crore. 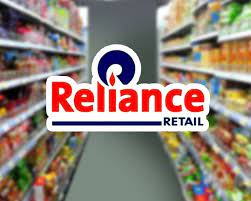