Shriram Group has revived plans to restructure its various financial services businesses that includes lending and insurance by collapsing its two listed units into one and reverse merging the holding company into it, while spinning out insurance into a separate entity, said multiple people aware of the developments. The group however denied any such development, calling it speculation.

According to EconomicTimes Morgan Stanley and ICICI Securities are advising Shriram Capital, the unlisted holding company of the group. The proposed reorganisation, if approved by a majority of minority shareholders and regulators, will lead to a simplified corporate structure and allow its investors— billionaire Ajay Piramal and TPG Capital —an exit from the privately held entity.

Shriram Capital also houses its life and general insurance businesses, a 77:23 JV with South Africa’s Sanlam Group. As part of the overall group amalgamation process, the insurance venture is expected to be spun out or demerged into a separate unlisted company. The reason, explain sources, is RBI’s discomfort about listed shadow banks owning stakes of over 50% in insurance businesses and was one of the reasons why the Shriram merger plan was called off last year. 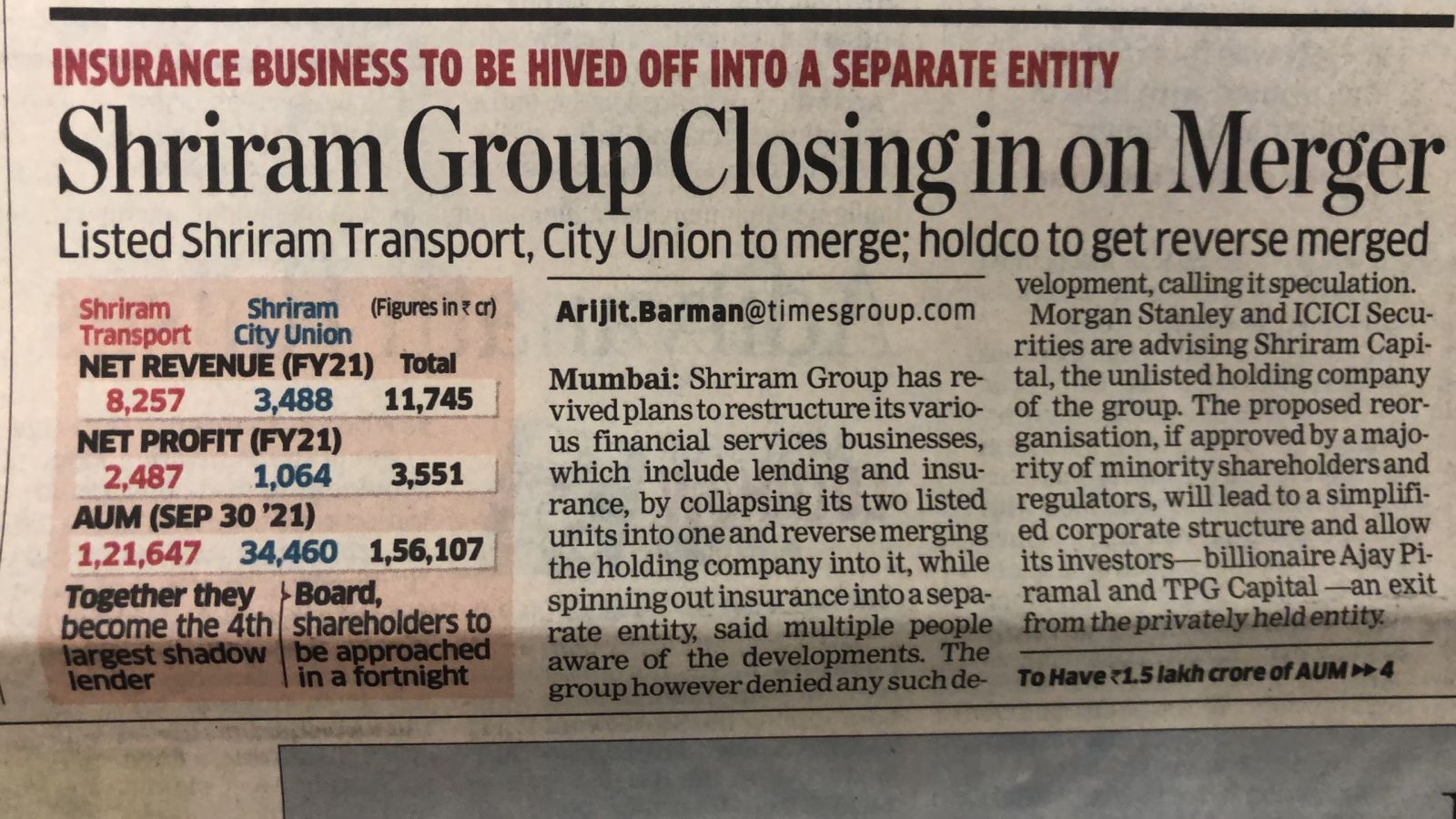