There was a flurry of activity in National Stock Exchange (NSE) shares in January just before market regulator SEBI issued an order on the stock exchange’s former MD and CEO Chitra Ramkrishna for sharing confidential information with an ‘unknown yogi from the Himalayas.’ This can be seen from the details of the share transfers published on the NSE website. A total of 11.61 lakh shares were sold by foreign investors for prices between Rs 1,650 and Rs 2,800 per share with a vast majority of those deals being struck below Rs 2,000. It could not be confirmed if the shares were sold by one foreign investor or many.

While 11.61 lakh shares account for 0.2 percent of NSE's equity base, it must be noted that NSE shares are not traded actively since they are unlisted. There appears to be signs of distress selling by foreign investors in January, because nearly 50 percent of similar transactions in December happened at prices above Rs 2,000 per share, with quite a few of them at Rs 2,800 per share. Incidentally, December too saw many foreign investors and non-resident Indians cutting their exposure to the bourse. 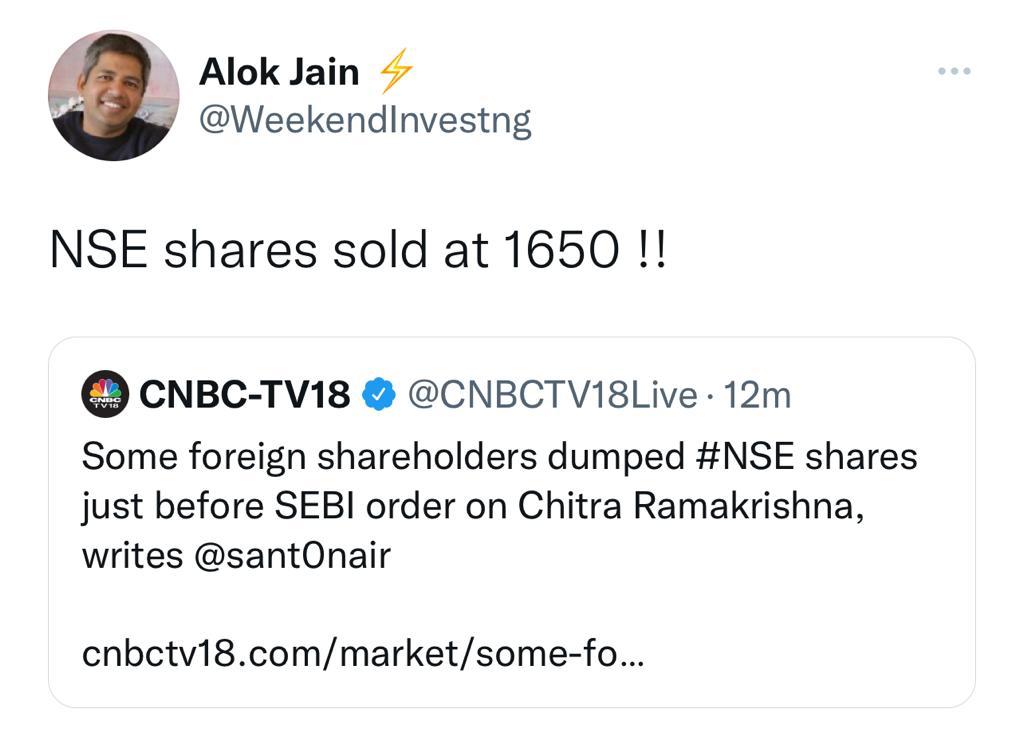